What Is Maternal Mental Health? 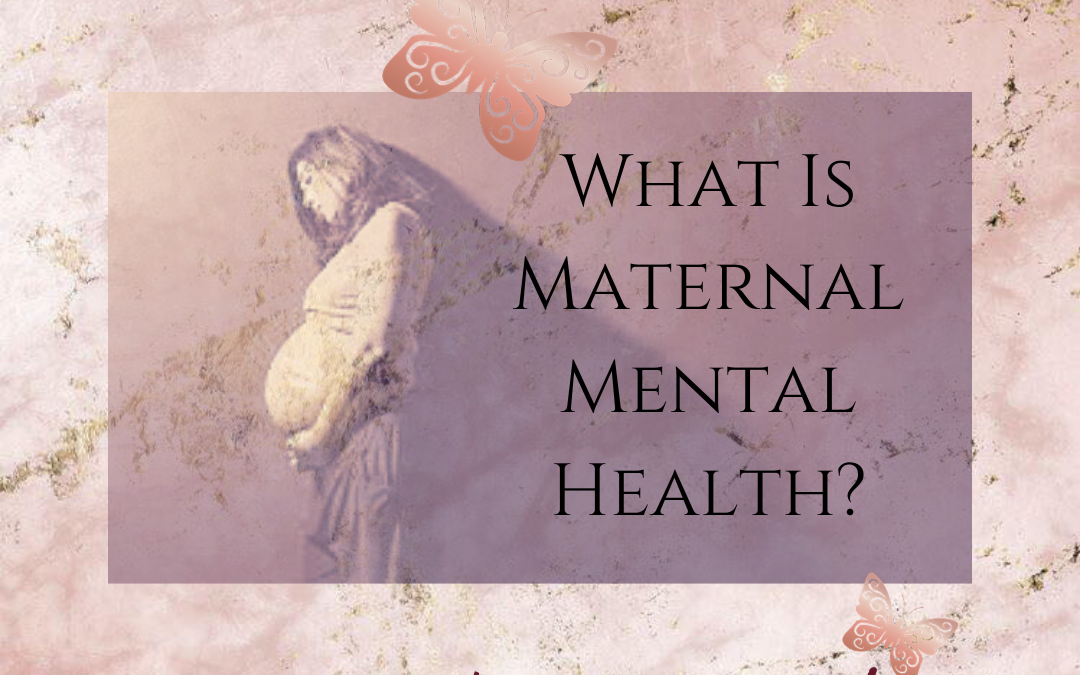 As with everything in life, we don’t like what we don’t know. Lack of education is a huge fear factor and contributes to the majority of stigma faced in any situation or illness. As people, we fear the unknown, we feel uncomfortable, threatened and uneasy when we are venturing into the unknown.

This is the basis surrounding the stigma of all mental illnesses, the media of course doesn’t help when it portrays unrealistic or dramatic versions. Such as we tend to associate psychopaths and or schizophrenia with serial killers. Well one of my favourite tattoos was done by a gentleman with schizophrenia and although he caused me pain (voluntary of course) he certainly wasn’t a serial killer.

Once we educate ourselves and have a better understanding we can be more accommodating and less judgemental. It can also help us massively in reaching out, speaking up and getting help.

What is perinatal mental health?

Postpartum is used to describe after birth, this is where you may have herd of postpartum or post natal depression.

Prenatal or ante natal is used to identify before birth.

So, although there is lots of different terms, they all mean the same in the terms of; it’s mental illnesses during the period before and after birth. The names just help identify when the illness occurred or reoccurred.

This is a bit like saying how long is a piece of string and for some of us it brings up the ole psychological debate of nature v nurture. But overall you can link a list of possible causes or situations that put you at risk of developing perinatal mental health problems. Such as;

Mental illness can be linked to several different chemicals and hormones. Such as serotonin and dopamine which are both play a role in our moods. Serotonin is more of a mood stabiliser and dopamine is dubbed the happy hormone as it is associated with feelings of pleasure and happiness.

So, when these chemicals are low or affected, they can be said to be the cause of a mental illness. And as I am sure we are all aware, pregnancy makes us hormonal. Crying at spilled milk, going crazy if we are not fed, you know the ones. But it is also common that ALL pregnant women go through hormonal changes during pregnancy and birth, yet not all women are affected by perinatal mental illnesses. So, it is hard to pin chemical changes or biological factors as the primary cause.

There are a number of social factors that can be said to be a contributory factor to mental illness. Such as, lack of support from the baby’s father and or family members. The stress of an impending new baby and adjusting to such major change. The pressure to be the best parent is another major factor. As is our own childhood experiences, in particularly if they were not pleasant, we can worry our child will have the same fate or it can make us reflect on our own childhood and then be a trigger for mental illnesses associated with childhood trauma. These are just a few of the social factors that can a trigger or cause of perinatal mental illnesses.

Some perinatal mental illnesses such as postpartum psychosis can have clearer causes, but the factors above will also remain as a contribution too.

Now you know what maternal mental health is, if you know someone who is expecting a baby, why not share this blog with them to help them be aware and mindful of their mental health? Also please share this blog across your social media using the links below as you never know who it may help. Plus education is one of the best tools to combating stigma faced by mental health.